Boycotts are a form of consumer activism where people avoid buying products from a particular company as an expression of protest. There are many examples of successful boycotts, such as the five year campaign by Greenpeace that ended in 2009 after Kimberly-Clark agreed to stop sourcing their paper pulp from Canada’s Boreal Forest. [more info]

Please note, we do not call boycotts, rather we report boycotts that have been called by other organisations. See our criteria for sources used here. Boycotts called against companies for ‘political’ reasons have not been used in calculations of assessment, but are noted under ‘information’.

The companies below have received strong international criticisms from credible organisations over a particular issue, resulting in a boycott call.

Until recently, there was also a boycott call for:

The world’s largest food company, proudly proclaims “good food, good life”. Nestle has been the target of strong international criticism for its aggressive marketing of infant formula in developing countries with scarce drinkable water, leading to infant deaths (despite 10 year ban by the World Health Organisation).Other criticisms: As one of the top four water bottling companies in the world, Nestle has been criticised for contributing to the problem of plastic waste and usurping water that should remain a shared resource.

As one of the world’s largest chocolate producers, Nestle has been criticised for contributing to child and forced labor problems in cocoa-growing nations. 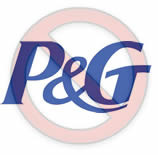 P&G has been critised for its ongoing involvement in painful and lethal animal tests.

Other criticisms: P&G has been criticised for use of unsafe ingredients in personal care and food products and use of sweatshop labor. Environmental groups have criticised Procter & Gamble for working to weaken Europe’s laws regarding toxins in household products and for funding an organization that fought GMO disclosure laws.

Coca-Cola has received ongoing criticism for murders, kidnappings and torture of union leaders at Coca-Cola bottling plants in Colombia. Also in India, local communities have been exposed to toxic waste, had their groundwater and soil polluted, and suffered shortages of drinking water, as a direct result of Coke’s operations.

* While Coca-Cola Amatil is majority Australian owned, it pays licencing fees to, and is 30 per cent owned by, the Coca-Cola Company (US).

Naturewatch has a long-standing boycott of L’Oréal due to its continued use of animal testing for cosmetics. The French multinational uses ingredients that have been tested on animals, despite public statements to the contrary. Other criticisms: It has also been criticised for lobbying against an EU ban on animal testing for cosmeticsfailing to sign the Compact for Safe Cosmetics. L’Oreal (in whom Nestle is a large stakeholder) bought the Body Shop in 2006.

For activities in Indonesia, clearcutting one of the world’s most biodiverse and threatened forests. There has recently been a breakthrough in this campaign. See Greenpeace for more information.