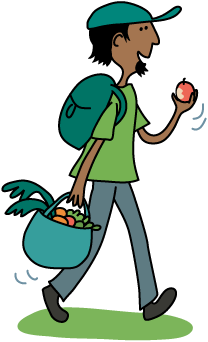 What is shopping ethically?
Why shop ethically?
Using Consumer Power
A Question of Equality

What is Shopping Ethically?

The ways in which you can act as an ‘ethical consumer’ can take on a number of often subtle forms.

” To achieve sustainable development and a higher quality of life for all people, states should reduce and eliminate unsustainable patterns of production and consumption…”
Principle 8, The Rio Declaration on Environment and Development, 1992

Globalisation affects us whether we like it or not. There is nothing wrong with trading goods and services, however it’s a different story when this becomes reforms reducing the power of local communities, increasing the divide between rich and poor, driving our ever increasing consumption of natural resources, reducing biodiversity and even significantly reducing the basic protections of animals. Corporate globalisation is a specific economic strategy pursued by the countries of the industrialised world and Trans National Corporations whose interests they represent.

Multinational corporations continue to replace hundreds of thousands of small businesses, shopkeepers and farmers that traditionally generate most economic activity and employment. Because big firms, unlike small ones, can threaten to move their operations to countries where the fiscal environment is easier, governments ability to raise tax is being reduced, in addition to governments being under pressure to reduce environmental and labour restrictions on the activities of corporations. The power of the nation state is being significantly eroded by a process that continues to be heavily subsidised by western governments.

This World Vision 40 hour Famine promo video ‘We are all connected’ tells the story well.

“The power consumers have to change the conduct and actions of companies comes from their dollars and the choices they make as consumers.”
www.con-suming.com

The benefits to society of buying ethically are potentially far-reaching. It encourages innovative products and companies while discouraging others that ignore the social and environmental consequences of their actions. It empowers the consumer, giving you a say in how the products you buy are made, and how the company that makes them conducts its business. It can and has made a difference in the past.

There is no “right” way to be an ethical consumer. Most of us apply ethical parameters to our choices and actions in some way. To think and act in an ethical way is to start from a point of personal reflection, develop and re-develop our values, and understand how our choices affect the outcomes of our actions. In order to develop a set of principles which can help to direct our patterns of consumption, we need to become as well informed as possible about a wide range of issues.

A Question of Equality

The real issue is not consumption itself but its patterns and effects. Inequalities in consumption are stark. Globally, the 20% of the world’s people in the highest-income countries account for 86% of total private consumption expenditures – the poorest 20% a minuscule 1.3%. …. We consume a variety of resources and products today having moved beyond basic needs to include luxury items and technological innovations to try to improve efficiency. … Much of the world cannot and do not consume at the levels that the wealthier in the world do. Indeed, the above U.N. statistics highlight that very sharply. In fact, the inequality structured within the system is such that .. “some one has to pay” for the way the wealthier in the world consume.

Behind Consumption and Consumerism, by Anup Shah

In a world of limited resources, a system that advocates an ever-increasing level of consumption, and equates such consumption with personal well-being, economic progress and social fulfilment, is a recipe for ecological disaster.

In the end we look for a society where the environment is respected, where human rights are properly protected and animals are no longer cruelly exploited. But wider than that, we look beyond government control of the way we live and how companies act, believing real power should lie in the hands of individuals and communities. A world like this would require truly radical changes and we see this manifesto as merely the first step along that road…

Our central concern remains the empowerment of consumers through the provision of information and by promoting debate about the limits of consumer power. … We believe that companies of the future should be as open and transparent as some of our better governments are now.

It is a myth to insist that rejecting consumerism also means rejecting our basic needs, our technology, our stylishness, or our quality of life. How much is enough?