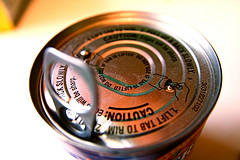 Bisphenol A (BPA) is a highly controversial chemical that is found in the lining of most canned foods, drinks and used in some plastics. It has been the focus of increasing consumer concern and regulatory restrictions.

In 2008, Canada became the first country to formally acknowledge that exposure to BPA, could have neural and behavioural effects on foetuses, infants and children at existing exposure levels.

This led to the precautionary move by the U.S. Food and Drug Administration to ban BPA from baby bottles and sippy cups.

In 2012 Canada government stated that current dietary exposure to BPA through food packaging uses is not expected to pose a health risk to the general population.

In Sept 2010, consumer group Choice tested 38 popular canned foods, of which five contained more than 200 parts per billion of BPA.

To reduce exposure to Bisphenol: